Hello!
I can see this happening with the latest Spotify update that was released yesterday - 1.0.75.x

Looks like they have re-designed their client, again… and god knows what they have changed in the background, so it will take a little time to figure out how to fix Equalify again.

For now the best action is just to keep Equalify uninstalled until there is some news here. Will hopefully know more on Monday.

I’ve actually already identified the reason why it freezes your Spotify, and that is an easy fix.

The hard part is to figure out how to show/hide the EQ now that they have removed the old window/titlebar. There is no place to put the EQ button now… As a temporary fix i might have to put it into the new “dropdown manu” in the top left…

I wont claim to know anything about development, but is it that you can’t really place the EQ button without attaching it to a Windows UI element? If not, just place it on the right side of the sidebar, next to the new […] menu button.

Example for new icon and placement 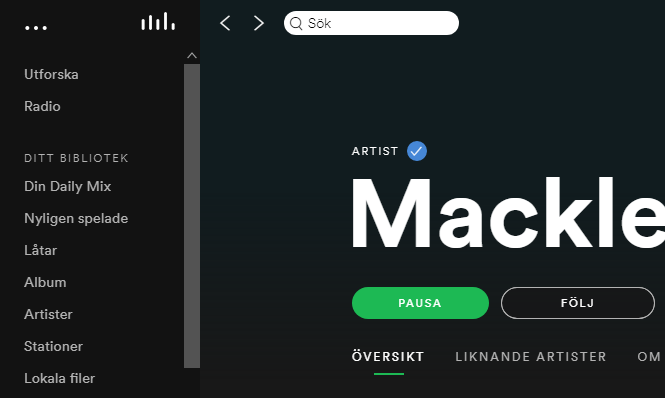 The problem is that the new UI uses chromium for the whole UI, and if i just place a button over it, it will flicker enough to cause an epileptic attack in the EQ users. There is also more things that has changed in the background that makes a simple change like that not work.

I’m diving into the code and trying to find a nice solution right now, i have a few ideas so i hope i might even have something that will work by tomorrow morning. (its currently 1am here…)

I hope to get something working as soon as possible so i can auto update the EQ users before the spotify update gets pushed to everyone.

I’ve released a preliminary fix now. Its not perfect (might be some gfx issues) but all the functionality should be there

Emergency update of Equalify to fix issues with the latest Spotify update (1.0.75 with the new gui) Announcements

Emergency update of Equalify to fix issues with the latest Spotify update (1.0.75 with the new gui) I’ve released an emergency patch today to make sure your Spotify does not crash after its updated to the new Spotify client - version 1.0.75 , with the new user interface. This patch will auto download when you restart Spotify and play a song. The auto update will work in the old and the new Spotify client. This emergency patch should not change any behavior on the old client, but there is a po…