Please use this post to provide feedback about the latest patch for Equalify.

If you have any issues please describe it as fully as you can, and include your OS, soundcard and spotify version in the description.

Thanks for the quick update

Will be sure to leave any feedback when I get it installed.

For now, Avast Antivirus is flagging the 1.4.0 installer as a suspicious file and blocks the installation for the moment. The file has been sent to their “test lab” and should be unblocked for all Avast users soon.

I tested the installer and the main binaries before release and i’ve re-tested them now. Avast or any other AV should not have an issue with it:

Hope that solves itself for you soon!

It won’t show up on VirusTotal since it has to do with their community feature CyberCapture. It happened since it’s the first time Avast has come across this file. If it’s deemed to be a malicious file by their lab, it will then be added to the main database and show up on VirusTotal.

These things rarely happen, since you have to be the first Avast user to stumble across such new files, even so, it usually only takes their lab a couple of minutes to assess the file.

UPDATE: I just got notified that the file has been cleared by their lab and is now unblocked.

I see, Thanks for the information!

Thats one of the issues small publishers have, every update there is one or two AV packages that decides its suspicious. File is signed with our trusted code signing cert so most AVcompanies understand what it is, but theres always one or two that wants to be different

I was just about to post that it’s working fine, aside from the icon display issue that you mentioned earlier.

I changed the EQ scaling to 200% and now everything is too big for the actual EQ window to fit, so all buttons and text is out-of-view with no way of accessing them or resizing the window.

At first it was all crammed in the small EQ window, it only went out-of-view after having closed and opened the EQ again.

It also seems as though the EQ icon is scaled/zoomed as well, even though I didn’t check the box to do so.

hey, thanks for the feedback, i’ve noticed the icon scaling even if its not supposed to myself as well

The window should change its size to match the scaling though, i might have messed something up there… but that is easy to fix in the next update.
You can open the settings file (%appdata%/equalify/equalify2.eq) and edit the height and width if you want to restore it to normal, or just enable the resizable window so you can resize it.

I have a family emergency now so i will most likely not be able to do much the next few days.

Just wanted to say Thanks for the fast update! Much appreciated.
Works great.

Just thought I’d throw in some feedback. I think I’ve spotted an issue on high-dpi screens. 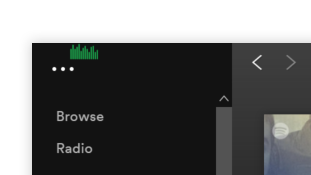 I have a feeling the icon isn’t meant to be in that position. More interesting though is that it’s not actually clickable at all. I’ve tried cling most of the area around it and it doesn’t seem to activate.

It’s not a major issues because I’m reasonably happy with my settings as they are, but it’s annoying that I can’t toggle the EQ if I need to.

Thanks for the report!
I’ll be sure to fix that at the same time as i fix the other icon related bug mentioned above.
This initial release was just an emergency hot-fix, but due to personal life getting in the way i have not yet had the time to improve on it just yet.

I now find myself locked out of the EQ settings

Fixed in the dev. build. Window size will now also change based on the DPI settings so it will never be smaller than the minimum size required to fit the whole GUI

It also seems as though the EQ icon is scaled/zoomed as well, even though I didn’t check the box to do so.

Also Fixed in the dev. build.

Just thought I’d throw in some feedback. I think I’ve spotted an issue on high-dpi screens.

I have a feeling the icon isn’t meant to be in that position. More interesting though is that it’s not actually clickable at all. I’ve tried cling most of the area around it and it doesn’t seem to activate.

Fixed in the dev build.

Also made the “reset EQ position” option in the EQ button right click menu reset the window size, for those that find themselves locked out of settings now.

Will release this build soon to the people that has opted in for the beta updates. (settings->misc->beta opt-in…)

Hey!
I assume you have “Close button should minimize the Spotify window to tray” enabled.
When that option is enabled Spotify does not adhere to the rules of the OS and halts the normal processing and does not send any notice to the child windows when hitting the X button and handles the behavior internally. So everything is in fact working the way it should.

Closing the EQ before hitting the X or disabling the “X to minimize” option and using the normal minimize instead will be the fix for now. I’ll see if i can make a “hacky” workaround that will work without interfering with anything else

Has the Beta been released? Just wondering since I’m still able to re-create the above mentioned issues whilst being applied to Beta updates.

it has not, i expect it to be pushed out by tonight or tomorrow. You will get an update window asking you to update when the EQ loads when its released (or if you press the check for update link in the about tab in settings)

@Jumpy It should be available now

@treborsalim Made a fix for your issue as well, also available in the beta update.

It appears to be working really good. Nice job

The icon flickering is still there at times, but it’s not really a problem. You mentioned earlier that it would prove difficult to fully fix, so I’d say not to sweat it.

Only minor feedback I can offer is to perhaps remove the border around the new icon. I find it a bit distracting, since it doesn’t fit with the rest of the Spotify UI, which makes it stand out.

Thank you for your quick response and solving my problem

Only minor feedback I can offer is to perhaps remove the border around the new icon. I find it a bit distracting, since it doesn’t fit with the rest of the Spotify UI, which makes it stand out.

Moving the Spotify window between two monitors:
See how the BG of spotify gets brighter and darker when moving it between the two monitors.