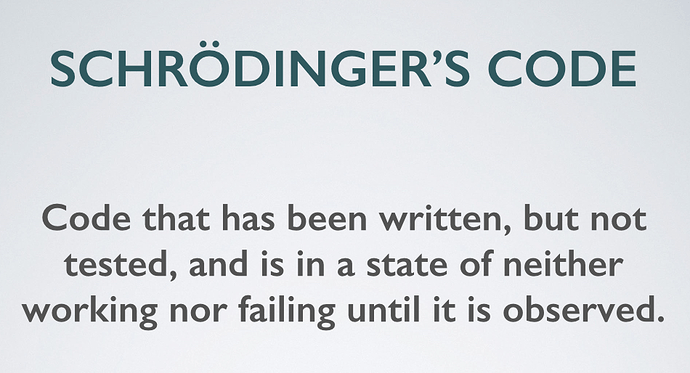 Bugs can not be found or fixed without your help!

Will antivirus programs stop considering dsound.dll malicious once the final version of 1.1.0 is out? I had to add it to the exception list of AVG AntiVirus to use Spotify again (it terminated right after start every time, even though I told it to ignore the threat).

And considering i’m still having issues with AVG, they arent responding at all to mail or the false positive form i’ve sent in twice, i will have to get that sorted before i can release it as “stable” release.

AVG is the only AV company that has not responded or fixed the false positive. I’ve contacted them in many different ways the last 4-5 days, including support, feedback, false positive report (twice). Not a single response. I am definitely not impressed.

So my suggestion is to switch to a more serious antivirus company.

I’ll consider that, especially because AVG has a lot of annoying ad popups…

Do you know about 360 Total Security Essential (Qihu 360 Internet Security)? That’s apparently one of the best free AV solutions at the moment.

I would appreciate if you could go to : http://www.avg.com/submit-sample
and submit the dll file and make sure you select false alarm on file.

Edit: i have not heard about that, at the moment i’m being lazy and using the built-in defender/microsoft essentials. I used to use Kaspersky though, was happy with them, but they are not free.

Not sure if correct thread, but our network where I live uses dynamic IPs so Equalify asks almost everytime for license which is annoying because I have to go to deactive the current one first to be able to use the program. Also my Spotify has been freezing lately, even leaving the window on desktop after minimizing it so I have to move my mouse around it to make it disappear.

@JukuriH, If you download the beta version from the members page, all those issues will go away.

It includes activation fixes and a fix for the freezing issue the last couple of Spotify updates introduced.

Please try it and let me know how it goes.

Your IP does not matter when it comes to your activation.

Hey, Thanks for the feedback!

Point one is working as intended, if you do not have a license for the machine Equalify pro should really not be installed. And if you have it installed the majority of people are going to want to use/activate it. I could maybe add some extra text to the message explaining how to uninstall it.

The analyzer stopped working. Hmm. Only thing i know of that can make the analyzer stop is to play mono tracks, but if i remember right it will start working again when playing a stereo track. Energy saving or playing music in other apps have no effect on it. So its probably the broken VAC that did something.
Did your EQ filters affect the sound when the analyzer wasn’t working ?

just purchased your great piece of software and I am really happy with it;

Regarding this beta thread may a bit off topic but too small to open a separate one;

On the memberpage (http://www.equalify.me/memberpage.php) you could mention that it is necessary to uninstall a previous non pro version before installation, due to otherwise there seems to be a lock on the dsound.dll, which prevents installation to succeed.

Old versions (including non-pro versions) should be overwritten by the installer as long as Spotify has been shut down before installing. And if Spotify is running, the installer should ask if you want to close Spotify to complete the installation.
I will do some extra tests and see if i can replicate what happened to you.

In the meantime i will add a link to this post on the members page:

Quick Tips: Before and After you install Equalify Pro Support

Before Installation: 1.) Close and make sure Spotify is not running before installing Equalify Pro. (File->Exit - Just hitting the [x] can minimize instead of closing spotify) 2.) Make sure you have uninstalled any old versions of Equalify 3.) Make sure you are not using the Windows Store version of Spotify. Download the latest version of Spotify from https://download.scdn.co/SpotifyFullSetup.exe Or click the “download Spotify here” link on the spotify download page: ( https://www.spotify.…