Hey, i bought equalify to set up another device for spotify because of live streaming on twitch. I have 2 Soundcards and Virtual Audio Cable installed but nothing shows up there. What can i do ?

Any special software or hardware you might have installed:
No

…but nothing shows up there…

Nothing shows up where ? From what i can see you managed to install it and you seem to have logged in through the equalify client as well, so that should be working.

To set the output device you have to open the settings dialog (button in the top right of the EQ)
Then go to the “devices” tab and select the output you want to use and hit apply.

Yeah i mean the “Device” Tab is empty . Here is a screenshot for better understanding hehe 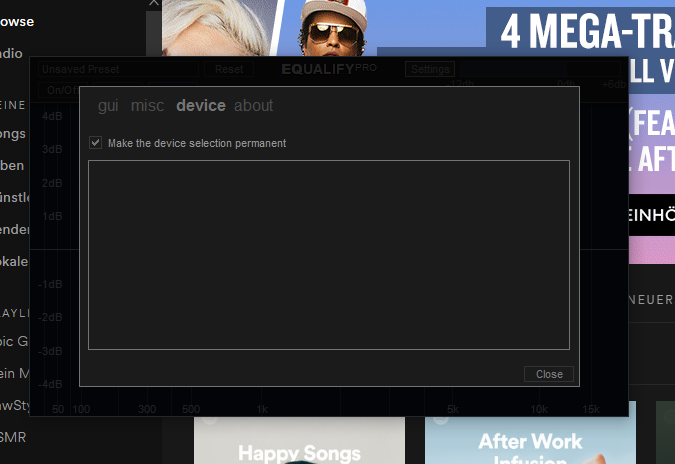 Now that is something i haven’t seen before…

Please let me know if that works for you.

WoW yeah it works !! Thx for the fast support